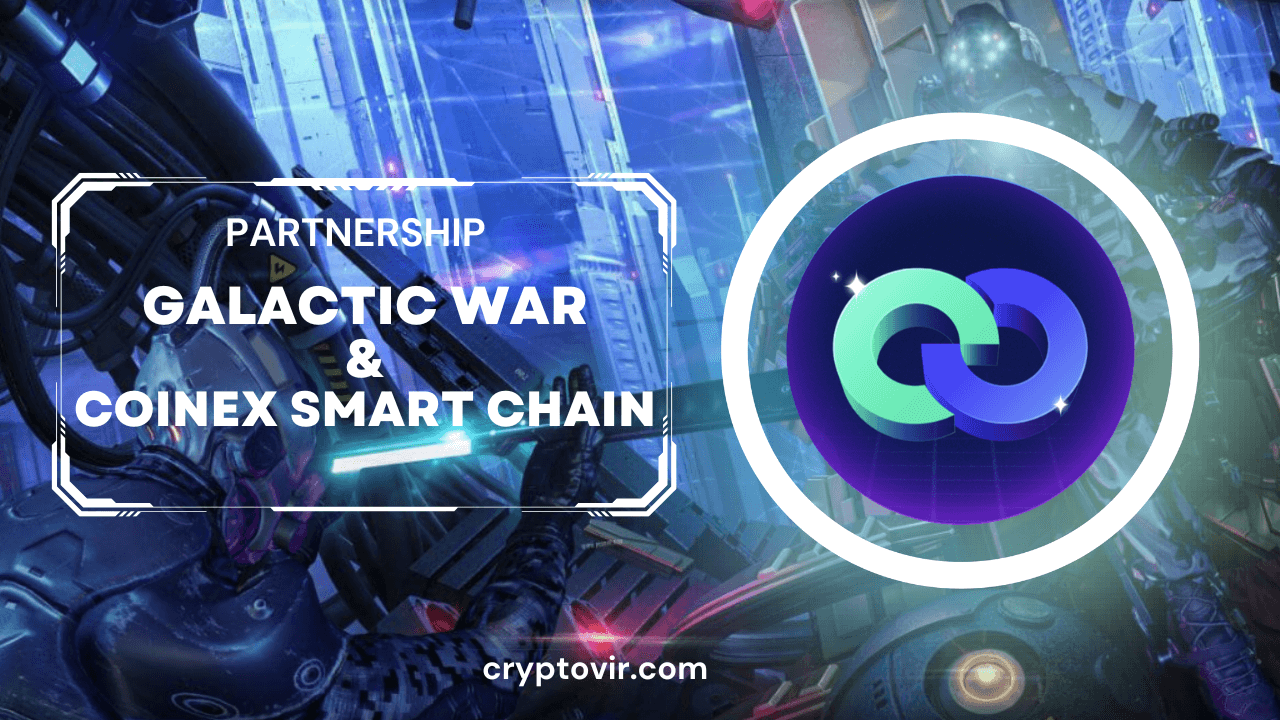 FPS Game is a term used to represent two things in the world of games, first FPS can mean “first-person-shooter”. The second is FPS means “frames-per-second”, this is a measure used to describe the smoothness or smoothness of a video game.

What we are discussing here is the FPS Game “first person shooter”, this is a game genre that is liked by gamers a lot, players are competing to shoot enemies and get victory. When getting a win, players can go to a higher level or get points or even get nothing, depending on the game developer.

Galactic War is an FPS & Metaverse game based on the Coinex Smart Chain blockchain. Galactic War allows players to play freely, safely and can earn passive income, this is due to the support of the Coinex smart chain blockchain which has high performance & also less permission, anyone can transfer, buy and sell game characters (nft) at any time freely. The concept is similar to the play-to-earn gamefi, you will get a character when you win or complete a mission, and the character is a Coinex CRC721 token that can be traded on the NFT marketplace. The more you win or complete missions, the more characters you get, and the more income (money) you generate.

🎯 WE’RE SUPER EXCITED TO ANNOUNCE THAT 🎯
🎉 The Galactic War project will be built on @CoinEx_CSC
CSC is a chain of smart contracts created by the CoinEx public chain team for decentralized finance based on the principle of decentralization and permissionless block generation. pic.twitter.com/HLnwOSQ0WU

How to Play Galactic War ?

Even though it hasn’t been released yet, and it’s still in the demo stage, we will explain how to play the game galactic war, even though it may not be 100% accurate.

Characters & weapons in the Galactic War game use the NFT concept (crc721), anyone who wants to play the Galactic War game, must buy character/weapon nft tokens, and store them in a wallet. Later you can buy and sell nft characters in the “NFT Marketplace”. Because this game uses the coinex smart chain blockchain, NFT buying and selling transactions use coin CET (coin native coinex smart chain).

Galactic War has a native token called GLW, this is a CRC20 token that is on the coinex smart chain blockchain, later the galw token will be used for transactions in the galactic war game. To buy and sell galw tokens, you can use a coinex smart chain-based DEX exchange, or use a CEX that has a glw token listed.

Galactic War has 3 types of NFTs

To play galactic war you must have and combine nft characters & skins, each nft has a different level, starting from Common, Uncommon, Rare, Legendary & Epic. When you play and win games, you get GLW tokens, you can sell these tokens and exchange them for rupiah, or use them to buy better nfts, so that the winning percentage is higher.

Even though the Galactic War game hasn’t been released on the Coinex Smart Chain mainnet, you can download and try playing the demo version. The demo version (at the moment) only supports windows OS, maybe in the future the dev will provide Android & IOS versions.

If you look at the galactic war plan and roadmap, there is a metaverse version, where players can play games or explore games using VR, this is very interesting, because it is different from other games and also more innovative.